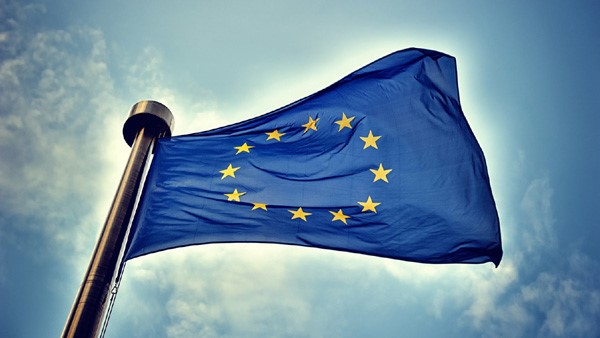 Preliminary data released by statistical institutes across the region reveal that growth in the Central and Eastern European (CEE) economy rose slightly in the second quarter. GDP expanded 4.1% annually in Q2, a notch above Q1’s 4.0% increase and the best result in one and a half years. Tight labour markets combined with reviving investment and booming activity in the Euro area, a key trading partner, are supporting buoyant growth in CEE, which has outperformed most emerging markets this year.
Looking at individual economies, GDP expanded at the fastest pace since Q4 2015 in the Czech Republic, thanks to rising wages, a strong car market and growing overseas demand. In addition, GDP expanded at a rapid pace in Romania thanks to stimulus policies which have boost household consumption. Meanwhile, a weaker performance by the external sector caused activity to slip in major player Poland in the second quarter, although booming private consumption mitigated the effects. A tight labour market and cash transfers to households have caused household spending to flourish this year. Growth also improved slightly in Hungary.
The FocusEconomics panel upgraded the CEE region’s economic outlook this month, following last month’s unchanged view. This represents the fifth upgrade to the region’s growth prospects so far this year as incoming data points to brighter-than-expected activity. GDP data for the first half of the year shows that momentum is firm and was boosted by strong growth both at home and in a major trading partner, the Euro area. FocusEconomics analysts see GDP growth at 3.7% this year, up a notch from last month’s forecast, which would mark the second-highest pace since the height of the financial crisis in 2009.
This month’s improved outlook is due to brighter forecasts for 2018 for six of the economies in the region. Regional heavy-weights the Czech Republic, Poland and Romania all saw upgrades this month. Meanwhile, the remaining five economies in the region saw no change to their forecasts.
Romania is projected to be the region’s fastest-growing economy this year, with an expected expansion of 5.0%. Poland and Slovenia are also seen achieving fast growth rates of 3.8% and 3.9%, respectively. On the other end of the spectrum, the Croatia and Estonia are projected to be the CEE region’s laggards, with expansions of under 3.0%.
Nowhere in the world have expectations for growth changed so rapidly and positively as in central and Eastern Europe. What is behind the improving picture? Stronger-than-expected demand elsewhere, a tighter labour market, an attractive environment for foreign investment, government stimulus measures, easy financing conditions and the revival of EU structural funds are all supporting stronger growth in the region. The strength of external demand is the result of brightening economic circumstances in western Europe. Economic growth in the eurozone was twice as fast than in the US in the first quarter of 2017. Germany expanded at a strong quarterly rate of 0.6 per cent. This is important to eastern Europe: almost two-thirds of the value of its exports goes to the EU. Germany is the top market.
Unemployment rates in Poland, Czech Republic and Romania are all below the European average and at their all-time low. This is largely the result of growth in economic activity but also of emigration and a limited number of young people entering the labour force.
Romania registered the highest annual increases in hourly labour costs in the EU in 2016: 12 per cent. It is not an isolated case: labour costs rose by more than 8 per cent in Lithuania, Latvia and Bulgaria. In Hungary the minimum wage rose by an impressive 15 per cent. Conversely, in the EU hourly labour costs increased by a mere 1.6 per cent.
Yet eastern European countries remain largely competitive in terms of wage costs, making it an attractive destination for foreign direct investment.
The region attracted nearly half of Europe’s FDI industrial projects, according to the latest Ernst & Young European FDI Attractiveness Survey. Poland is the second destination for FDI in Europe by jobs created, after the UK and ahead of Germany.
The region has become a favourite among European carmakers but the EY report also notes that investors are broadening into IT, software development and R&D capabilities. Investors noted rising wages, but rather than leaving the region, they are expanding into second or third-tier cities or non-EU member states including Serbia.
Eastern Europe has long benefited from EU “structural funds”, designed to help the region’s economic convergence with the rest of the bloc. Although these structural fund inflows fell markedly in 2016, they stabilised at the start of this year resulting in stronger construction growth and a recovery in fixed investment. “The size of the boost to growth stemming from a recovery in EU fund inflows probably took some analysts by surprise” says Mr Carson. “We expect EU structural fund inflows to continue to pick up over the course of this year across the region.”
Source: Focus Economics
1 Comment