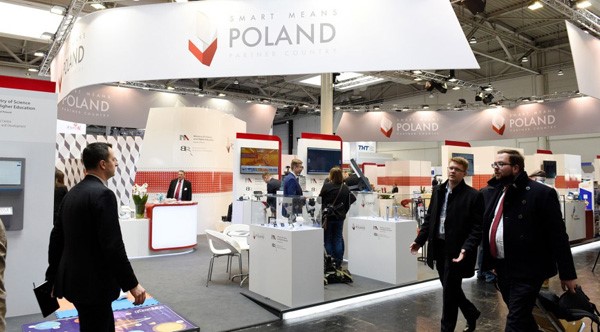 According to Eurostat, foreign companies invested €86 billion in Poland, more than a third of total gross fixed capital investments for all Central European EU countries. Poland has long been one of Central Europe’s most attractive investment locations.

Special Economic Zones (SEZ) are separate areas in selected regions of Poland intended for the conducting of business activities under preferential conditions. The purpose of creating such privileged areas was to accelerate the economic development of particular regions of the country by enhancing their attractiveness for new investments. At present there are 14 special economic zones operating in Poland. They differ in respect of area, location, development conditions, and their technical and telecommunication infrastructure. Each of the zones is managed by management authorities in the form of a commercial company controlled by the State Treasury or provincial local government.

The Polish automotive sector ranks second in terms of manufacturing output, it is the solid backbone of the country’s economy. Thanks to the flexibility and creativity of Polish workers, healthy cost structures and a strong demand for vehicles and parts manufactured in Poland the industry has emerged from turbulent times in a healthy state. Three major passenger car OEMs, several bus producers and hundreds of Tier 1 and 2 manufacturers prove a solid industrial base. It is noteworthy that every tenth zloty from Polish exports is generated by the automotive sector. Out of 40 car and engine plants located in Central Eastern Europe (CEE) 16 are based in Poland. According to information from the Central Statistical Office it constituted 11,6% of Polish manufacturing output sold in 2015 and provides jobs to over 180,133 employees.

Poland has a 100-year history of aerospace and a tradition of aerospace industry dating back more than 80 years. Strong scientific, academic and engineering centres were of key importance to the development of this sector. After the period of transformation in Poland, increased international business cooperation and direct foreign investments contributed to its continued development. Currently, the Polish aviation industry has a rich supply of advanced aviation products to export.

There are over 200 aerospace and aerospace-related companies with annual sales of EUR 1,3 bln , and over 30 thousand employees in total operating in Poland.

The competitive edge of Polish aerospace companies lies in the high quality of their products (expertise in the treatment of materials, casting and mechanical engineering electronics) and competitive labour costs. The Polish production network and Polish service companies supported by R&D centres create potential for cooperation and orders for aviation parts and final products.

Aerospace is one of the most innovative sectors in the Polish economy due to companies’ large expenditure on R&D, cooperation with research centres, participation in international projects, human potential and developing clusters.

Poland would also like to mark its presence in space. In 2012 Poland finally became the fully-fledged 20th member of the European Space Agency with an annual budget of EUR 4 billion. This membership will enable Polish companies and researchers to fully participate in a range of European space programs and missions. The next step in Polish space exploration is the establishment of the Space Cluster and the Polish Space Agency (POLSA). POLSA will fulfil governmental tasks in the area of space research and development of new technologies. Due to 30 billion EUR expenditures for the Polish army modernisation and 8,6 billion EUR of EU funds aerospace sector in Poland will benefit in the next years. We may observe a technological jump among Polish companies and increase of the presence of the foreign companies in Poland.

The expansion of the research and development sector is one of the priorities for Poland in the upcoming years. This is reflected in many strategic documents such as the National Development Strategy Poland 2020 with innovativeness and the increase of our country’s competitiveness highlighted as key factors.

The inflow of foreign capital with the aim of creating research and development centres proves that foreign investors appreciate the economic potential of Poland. Positive experiences and the great results of R&D centres are the reasons why companies have decided to expand their research activities. Among these entrepreneurs are NSN, Motorola, Samsung, Kainos, or Polish entities such as Transition Technologies or SMT Software.

In Poland, there are numerous R&D centres which operate as subsidiaries of global corporations. These include: Oracle, Samsung, Faurecia, GlaxoSmithKline, Microsoft, Volvo, Capgemini, IBM, ABB, Lurgi, Google, Bosch and Siemens. In the IT and aviation industries, R&D laboratories co-operate with Polish universities and public R&D units: Intel with Gdańsk University of Technology, United Technologies with Rzeszów University of Technology, and Lockheed Martin and GE Aircraft Engines with Warsaw Institute of Aviation.

Recently, an increasing interest in establishing new R&D centres can be observed, both in the industrial sector (e.g. Delphi in Kraków or Rockwell Automation in Katowice) and also in the fast developing business services sector, where, according to PAIiIZ data, more than 33,000 people are employed in approximately 182 existing R&D centres, so far.

Research, development and implementation centres are created in Poland both as a result of foreign investments and investments by local companies and universities. The scientific potential of the research and development sector is based on 963 scientific units and 245 research institutes and about 3250 research laboratories. 65% of the industry sector and 49% of the trade and services sector are engaged in R+D projects. The majority of new research and development centres is created by companies from: the industrial machinery and transport sectors, the petrochemical, chemical, pharmaceutical, rubber, plastics, mineral / glass sectors, production and supply of power, gas, water vapour, hot water, professional scientific and technical activities, information and communications industry.

The attractiveness of Polish renewable energy market for foreign investors is due to two main factors. First of all Poland needs major investment in energy generation and transmission. This results from growing demand and serious underinvestment in the past. Secondly the share of electricity generated from bituminous coal and lignite in Poland is approximately 81% (2014 data) of the total volume of production, which in light of EU ecology policies means that serious action must be taken to increase the share of renewable sources in total energy production.

According to the International Energy Agency Poland will have to invest over EUR 195 billion before 2030 in its energy sector (EUR 134 billion – in new power and CHP plants, EUR 61 billion – in distribution and the transmission grid).

According to the most recently available data the share of renewable sources in total energy consumption has been constantly increasing over the recent years. This process has to be continued as Poland is subject to EU policies on climate change mitigation. In particular, Poland must comply with the climate and energy package, referred to as “the 20-20-20 targets”. The Government is committed to low-emissions growth. According to Poland’s energy policy the share of energy generated from renewable resources should increase to at least 15% by 2020, and according to independent business forecasts of BMI experts this is a realistic goal as in 2025 the share of non-hydro generated renewable energy in total production should reach at least 18,1%.

Till present, most of the renewable energy generation investments have been in the area of wind farms, with the increase of power generation capacity by 1 642 MW in 2015 only. According to data from the Energy Regulatory Office in 2015, the biggest increase in number of small installations – of over 2,2 thousand – took place in solar power generation. The total power installed of all renewable sources at the end of the 2rd quarter of 2016 reached 8,2 GW and increased on year to year basis by almost 1,3 GW. It is worth mentioning that, according to the EurObserv’ER, Poland is ranked 6th in the EU in terms of production of primary energy from solid biomass. Poland is also a leader among the new EU member states in terms of the total capacity of newly installed wind farms.