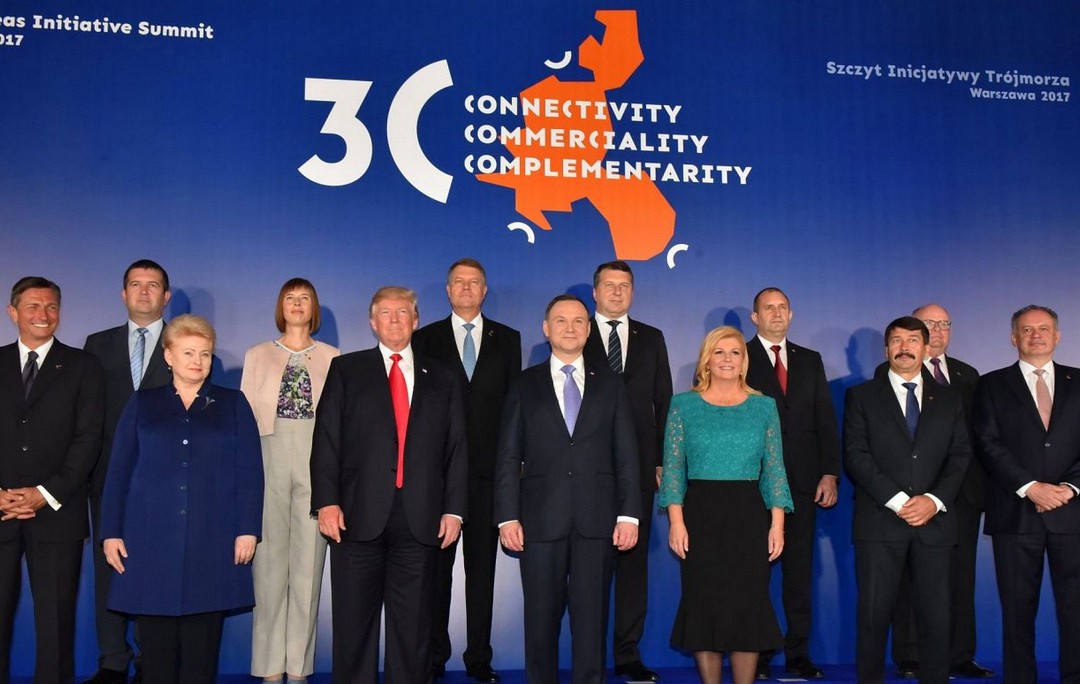 The Three Seas Initiative launched with the aim of strengthening trade, infrastructure, energy and political co-operation among countries bordering the Adriatic, the Baltic and the Black Sea.

Central and Eastern European countries in the region joining the Baltic, Black and Adriatic Seas account for 28% of the EU’s territory and 22% of its population, but only 10% of its GDP. The ‘Three Seas Initiative’ has been proposed by several key stakeholders in the region as a way of facilitating investment and development in order to address this imbalance and boost economic figures. It is presented as an opportunity for Central and Eastern Europe (CEE) to address its most important challenges.
The Three Seas Initiative is a joint Polish-Croatian project, launched in 2016, with the aim of strengthening trade, infrastructure, energy and political co-operation among countries bordering the Adriatic, the Baltic and the Black Sea. The following 12 countries are part of the initiative: Poland, Hungary, Czech Republic, Slovakia, Romania, Bulgaria, Lithuania, Estonia, Latvia, Croatia, Slovenia, and Austria.

Despite progress in recent years, there is still a great need here in CEE for more efficient and modern transport infrastructure to support our growth aspirations. Given the need, we expect construction market growth in CEE to be 3.1% and outpace that of Western Europe over the next five years. For this to happen, we will need to continue to attract investment from both public and private sources.
Agnieszka Gajewska, PwC

During his first stop in Warsaw, Poland, President Donald Trump addressed a summit of the Three Seas Initiative on Thursday.
Twelve countries — Poland, Hungary, Czech Republic, Slovakia, Romania, Bulgaria, Lithuania, Estonia, Latvia, Croatia, Slovenia, and Austria
are a part of the initiative, which seeks to boost economic ties between the United States and ex-communist countries of both Central and Eastern Europe.
Poland received the US President Trump alongside with representatives of the countries of the Three Seas Initiative, a recent Central European project. An “incredibly successful” meeting, according to Donald Trump. “America is eager to expand our partnership with you. We welcome stronger ties of trade and commerce as you grow your economies and we are committed to securing your access to alternate sources of energy so Poland and its neighbors are never again held hostage to a single supplier of energy”

The 3SI’s goal is therefore to improve infrastructure and trade and to develop more and better connections in energy, transportation and digital communications along a north-south axis, so the members of the group might benefit from more mutual exchanges and investments while strengthening their ties and getting more cohesive.
The 3SI has already some big plans; The Via Carpathia, a huge highway connecting the Baltic Sea ( Kalipedia, Lithuania ) to the Aegean Sea ( Thessaloniki, Greece ); The LNG terminals connecting pipeline, from Croatia to Poland (Croatia plans to finish the construction of its LNG terminal in Krk in 2019); And the construction of the pipeline from the Black Sea through Bulgaria, Romania, Hungary and Austria.
Source: The Atlantic Council; Time Inc: PWC